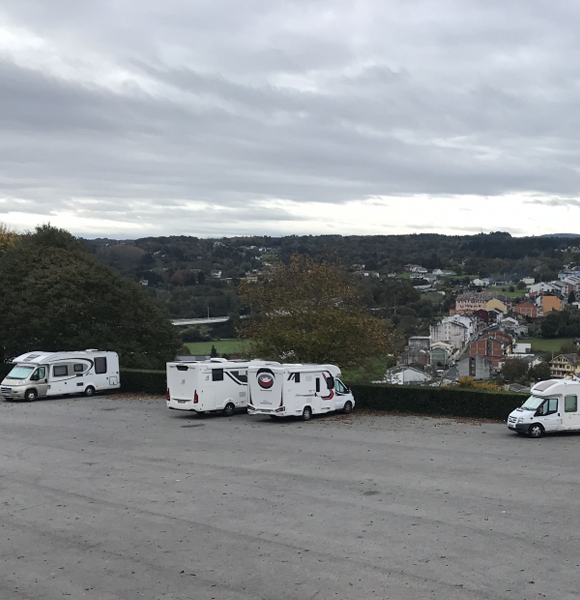 Lugo, is one of four Spanish provinces of the Autonomous Community of Galicia. It is located in both northern Spain and northern Galicia. Its capital is the city of Lugo, also known as «the very noble and loyal city» and has about 98,134 inhabitants. It was declared and classified World Heritage Site by the UNESCO, particularly because of its Roman wall, which is the main characteristic of the city.

The province is also characterized by a great diversity of landscapes due to the fact that the area is mainly divided into two parts: mountainous and coast areas with beautiful beaches (such as the Cathedrals). The climate of the province of Lugo is rather oceanic with cold winters and mild summers.

Moreover, during your motorhome trip, you could have the opportunity to discover the famous Way of Santiago de Compostela, where tourists especially appreciate monasteries and typical churches. Inside the territory, you can visit unforgettable natural places like the Biosphere Reserve Terras do Miño as well as that of Os Ancares Lucenses, Montes de Navia, del Río Eo and many others.

On your way, you will realize that Lugo is provided with a rich gastronomy mainly based on seafood. The typical dishes are «el pulpo á feira», «el lacón con grelos», «el caldo gallego» (a Galician soup)... In short, it is the perfect place for a good meal.