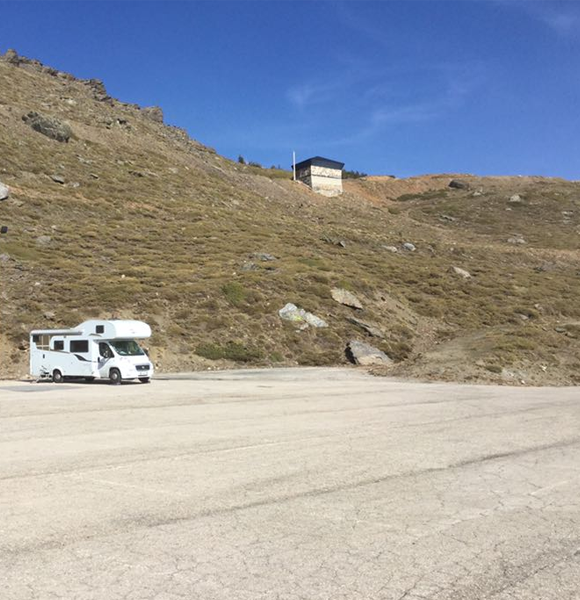 Granada is located in the southeast of the Iberian Peninsula, in the region of Andalusia. On the shores of the Mediterranean Sea and the Betic Cordilleras, Granada is a Spanish province that is characterized both by its huge peaks of the Sierra Nevada and its beautiful coastline of the Costa Tropical.

In Granada, the capital, you can contemplate a beautiful rich history, which provides beautiful places such as the Alhambra, Generalife and the Albaicin, who are considered as World Heritage sites by the UNESCO.

Another way to discover the province of Granada, is through the flamenco culture enjoying beautiful shows and animations in the caves (Sacramento district) and gastronomy with designation of origin products (or quality) such as the tasty ham of Trevélez, the olive oil of Montes and Chirimoya of the Costa Tropical.

With mild, warm summers and winters, it is a place that lets you enjoy snow sports. You know that in motorhome drivers have the opportunity to ski with a sea view, are you going to miss it?