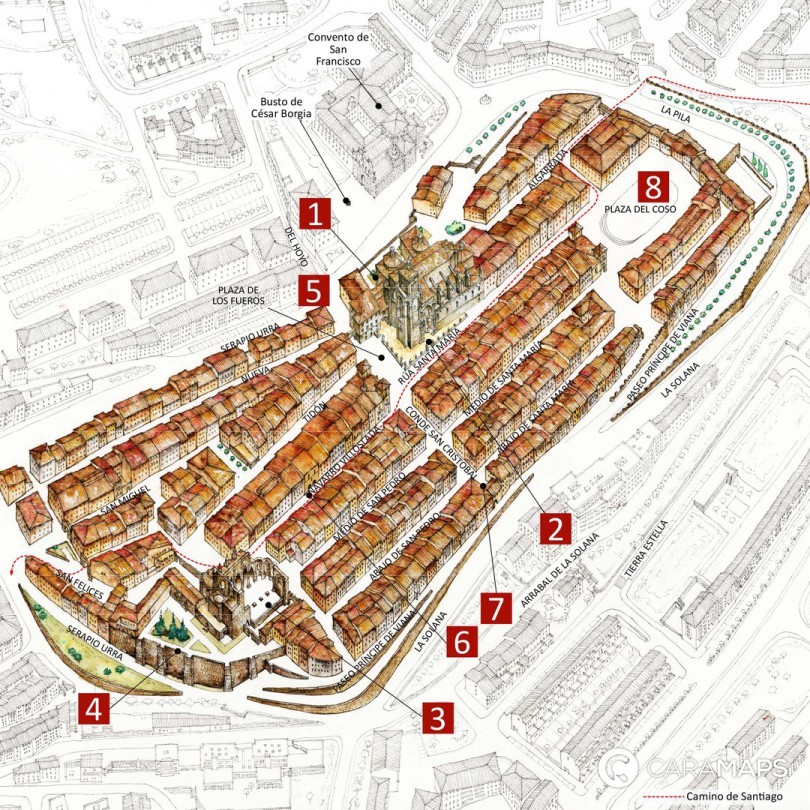 La Rioja is a region situated in the north of the Spanish peninsula, which capital is the city of Logrono. Between the autonomous communities of the Basque Country, Navarra, Aragon and Castile and León, the city is well known thanks to its wine production with designation of origin Rioja. With more than 500 wineries now, La Rioja has an international reputation.

Besides its capital Logroño, you can also discover other wonderful places during your trip as Santo Domingo de la Calzada and San Millan where monasteries which have been declared World Heritage Site by UNESCO in 1997.

On your way, you can go through the road to Camino de Compostela or Santiago, which is divided into two part: «the French way» and «the way of the Interior» (Basque-French).

Anecdote for travelers: La Rioja is one of the most important paleontological areas of the world.

Hurry up and let's go with your motorhome to see dinosaur footprints...