Enjoy your summer in a motorhome

Traveling to the mountains with your RV 🏔🚐

Hiking and motorhome belong together !

Top 5 most beautiful RV road trips around the world

Preparing Your Camper van For a Winter Getaway ❄️

Clean your motorhome before summer 🚐🌞💪🏼

Take pics of your motorhome during your travels 📸

The most beautiful Christmas markets in Europe 🎄

The legend of Volkswagen Van 🚐

The Volkswagen Van is a legendary vehicle that has been known by several generations. For many, it’s not just a vehicle, it’s an adventure seeker and a memory maker. It’s the campers’ king, the most iconic and the coolest!

But did you already know the story of this legend? Here’s how it all started… 💡 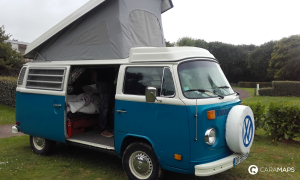 The history of the Van Volkswagen is probably a little surprising, but it helps make it an iconic and unforgettable vehicle.

In 1947, a Dutch businessman, Ben Pon, went to the Volkswagen factory in Wolfsburg. There, he saw this little bus, created by VW workers to transport car parts to factories. At that time, Mr. Pon had the idea to launch a concept of small bus and sketched his concept. Two years later, the first prototype named Bulli was born. This model was presented for the first time at the Geneva Motor Show in 1950, where the vehicle was a great success. Four years later, the Van Volkswagen already had 30 different versions. 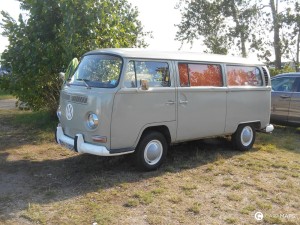 As time went on, Volkswagen grew up and was able to dedicate a specific factory for VW Type 2, and asked for 100 different bodywork combinations offering a variety of impressive uses: vans, pickups, fire trucks, buses, police cars and ambulances… 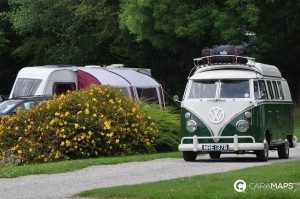 In 2014, the most produced model in the history of the automobile the Volkswagen Van is removed from production. The reason was not a question of popularity since the demand was always very important, it was just because of new security laws. VW could no longer adapt vehicles to modern safety rules.

But don’t be disappointed or sad, we will not say goodbye to the famous Van Volkswagen. Even if the production has stopped, you can find many fully restored and customized van, and which have radically improved reliability and security features. 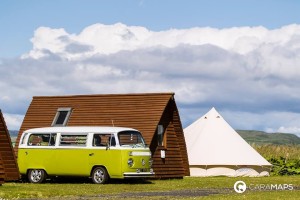 VW offers a unique and original way to experience motorhome trips as real adventures. You can expect to see the Volkswagen Van on the roads again for many years…

So keep on traveling and enjoy every adventure with CaraMaps.

Where to park in motorhome during the Covid?

Best Beaches for Motorhome Holidays in UK and...

Are we living in a motorhome crisis or...

Top Events in June in Europe for your...