Top Events in April in Europe

The cheapest countries in Europe for a motorhome trip 🇪🇺💰

5 tips to prepare your trip by motorhome

Traveling by motorhome in New Zealand 🚌

Motorhome trip to the most famous filming locations in UK

Why not combine two great hobbies: your motorhome and cinema? Go for an original motorhome trip to discover the most famous filming locations in UK!

You may not know it but United Kingdom is one of movie directors’ favorite place to shoot, and it now one of world’s busiest film studio. Just like Thor, Guardians of the Galaxy or James Bond many of the biggest movies were shot in UK.

Here is our suggestion of two motorhome trips to most famous filming locations in UK:

Walk on the footsteps of Harry Potter

Harry Potter is a worldwide famous series of novels by the British author J. K. Rowling. Harry Potter films got a huge success. 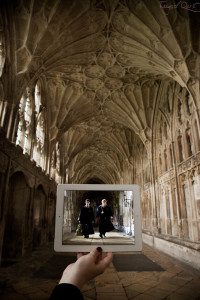 Christ church college, Durham Cathedral, Alnwick Castle and Gloucester Cathedral have been used to shoot various exterior and interior scenes of Hogwarts. The little village Lacock in Wiltshire has also been a major filming location for the Harry Potter saga.
In London, you can visit various places such as the “Platform 9 ¾” at King’s Cross Station and the Leadenhall Market.

Here is our Harry Potter Motorhome trip with CaraMaps’ steps! 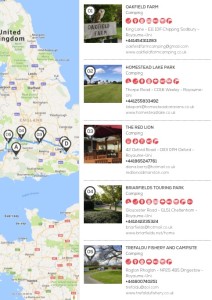 Walk on the footsteps of King Arthur

Based on the Arthurian legends, “King Arthur: Legend of the Sword” will be released on May 12th. Starring the British actors Charlie Hunnam, Jude Law and the British football player David Beckam; this movie directed by Guy Ritchie is probably going to be one of the great successes of 2017!

The film counts the incredible destiny of King Arthur. After his father’s murder, Arthur’s uncle took control of the crown and became king. Arthur grew up the hard way, and once adult he became the legendary fighter and leader everyone has heard about.

If you want to discover King Arthur’s filming locations, you will have to travel through England, Wales and Scotland. The map below shows the filming spots of the movie. 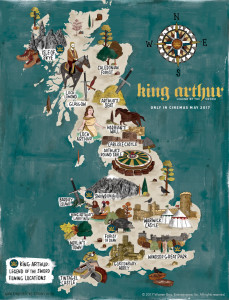 You will discover the magical landscapes of the Isle of Skye, the stunning view in Snowdonia National Park and the magical Merlin’s home in Carmarthen.
Find King Arthur’s Round table in Cumbria, get lost in King Arthur’s Labyrinth in Powys and appreciate King Arthur’s supposed birthplace at Tintagel Castle in Cornwall.

Hope our suggestions will inspire you!

You can also read our articles « 5 movies that will make you want to travel in motorhome! » and « Europe’s Most Beautiful Gardens » on our blog.

Opt for a cheap motorhome holiday

Four states all at once 🇺🇸