Eleven campsites for the best road trip in Scotland 🏴󠁧󠁢󠁳󠁣󠁴󠁿🚐🐍

🎧 Music in travel, a partner of choice to set off in...

The most used tools to travel by motorhome

Enjoy your summer in a motorhome

Preparing or improvising in motorhome?

The 10 favorite motorhome areas of the month

Christmas in Disneyland Paris in Motorhome 🏰

How to keep the children entertained during motorhome journey 🚐👧🏻🧒🏼

Plan a motorhome trip with your pet 🐶

Magical Motorhome Trip to Most Mystical Sites in UK

Want to have an original trip? Go for mystery and Legends with a magical motorhome trip! Visit the most mystical sites across UK and enjoy an enchanting escape!

Tintagel Castle is a medieval construction located in Cornwall and one of the most spectacular historic sites in UK. This castle is a royal place, and is closely associated with the legend of King Arthur. It is actually supposed to be the birthplace of King Arthur, Britain’s most legendary leader. We don’t really know if King Arthur existed or if he is a myth, what contributes to make Tintagle Castle so special, enigmatic and a mystical site. 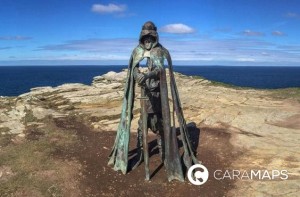 Loch ness, the largest Scottish lake, extending for 23 miles (37 km) attracts tourists from all over the world  thanks to its beautiful natural sights. But not only. Loch Ness is also known worldwide because of the Loch Ness monster, also named Nessie.

In the 30’s, rumors came up suggesting that a huge pre-historic monster is living in this lake. This rumor became realistic after a supposed photo of Nessie came out. Today many people still believe that Nessie is real, which keeps the legend alive. 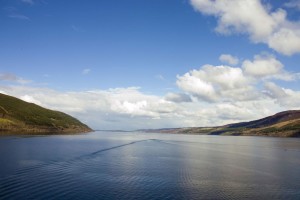 Stonehenge is a prehistoric monument and an unexplained mystery. Located in Wiltshire near Salisbury, and built around 5,000 years ago, Stonehenge is a circle of impressive huge stones. The largest stone is 30 feet tall (9m). There are several theories regarding the purpose of this construction and its building (stones transportation). All these questionings around Stonehenge contribute to make it a mystical place.

This is probably Northern Ireland’s most popular place. A Surrealistic and unique volcanic rock formation of about 40,000 basalt columns (60 million years old).

But this is the scientific version of the story. The locals believe in another story, much more magical and mystic. The legend tells that a giant Irish warrior named Finn made it by throwing huge rocks into the sea. And then he used the Giant’s Causeway to walk to Scotland to fight his enemy..

Here is our magical motorhome trip with CaraMaps‘ steps: 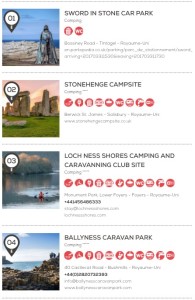 Trip to the motorhome: how to build its...

Pros and cons of traveling by motorhome

Host motorhomes on its private property

The most beautiful Christmas markets in Europe 🎄

What can you do in motorhome when it...